Light Varmint Loads For A Featherweight Rifle They are even smaller at a distance... 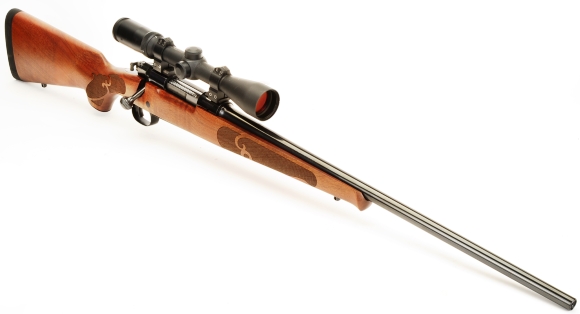 Apparently, there are places within these United States where large expanses of rolling plains, clumsy herd animals and hole creating prairie dogs intersect to wipe out a rancher’s only source of income; the herd. Surely you have seen splinted cattle, gimping along on a cattle drive with marked down price tags hanging from their horns.

In those areas, prairie dog populations are controlled with cartridges like the .22-50 BMG-AI matched with 36″ barrel rifles. Why would they not, as the average shooting distances is 1,200 yards!…!!.  In Maine, where cattle and sheep are mostly found in zoos, and modern ranchers raise peacocks and alpacas, varmints come in different forms.

Coyotes decimate our deer herds during periods of heavy snow fall and eat our pets as they recreate on back porches. Fox and skunk contract rabies at a substantial rate and opportunistically bite the hands of Mainer’s, both metaphorically and literally, who insist on feeding them. More common are the gray squirrels that snack on costly structures, and/our vegetable gardens and every grain of seed we plant.

So on my list of varmints are: coyotes that make it a habit of coming out of the woods and hanging out in populated areas, oddly behaving fox and skunk that are flashing teeth at pedestrians in broad daylight and any squirrel in the area of the homestead while I have a firearm in my hand.

I do not own a Model 70 Winchester Featherweight in 243 Winchester at the moment, but only because I currently own a six pound Model 70 Compact with many of the same attributes. The Compact is in queue for a fancy black walnut stock… as it has been since 1998. The problem is that it is in frequent use and I cannot see taking it out of service for six months. Hmm… perhaps I should buy a Featherweight, get the benefit of two more inches of barrel length and time for fitting a new stock on the Compact?

Some of the attributes that make the Featherweight an ideal candidate are obvious. The smooth, controlled feed action, an adjustable super slick trigger, a swing safety for easy field operation, a very comfortable stock for good control and support, and just enough fancy stuff to instill pride of ownership.

The Model 70 Featherweight also has a 2.880″ long magazine well and a 0.175″ freebore behind the rifling that will accommodate significantly longer than 2.710″ maximum length cartridges. All of this combines to give the handloader more latitude in working toward maximum ballistic performance, velocity and accuracy. 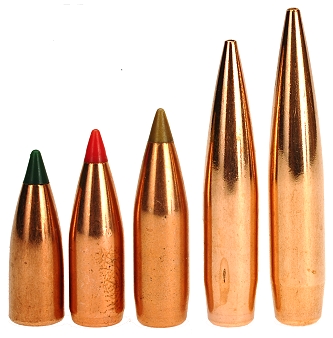 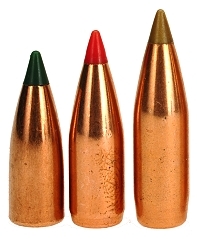 Joe, why are you including a Remington AccuTip where there are no mainstream reloading manuals available for us to put your handloads into context? In this case, the Remington AccuTip is actually a 75 grain Hornady V-Max, cleverly disguised with Remington green camo.

H414 ran a little warm, Norma 204 ran a little cool. Where there is lower velocity in any given bullet weight for a specific powder, the next few tenth grain increments yielded no appreciable increase in velocity. Charges listed represent the lowest charge required to secure velocity. So what does this all mean? From the Real Guns® Ballistic Calculator

Like virtually all calibers, in the lighter end of the bullet weight ballistic coefficients tend to be less than slick. As an example, the Sierra 55 grain BlitzKing cranks out just under 3,800 fps in muzzle velocity. However, it flies about as well a big dogs face sticking out of a car window traveling a 100 miles per hour. By comparison, a 115 grain Berger VLD has a BC of 0.597.

For 99% of the varmint applications I encounter, the 7 lb 22″ barrel Winchester Model 70 Featherweight and replace my 11 lb 26″ barrel 220 Swift. Report is a bit on the loud side, recoil is virtually nonexistent. From a handloader’s perspective, bullets are inexpensive, brass is long living and powder consumption is modest. Any of the spring and summer shooting I can get in will only sharpen my skills for shooting the same rifle during deer season in the fall. 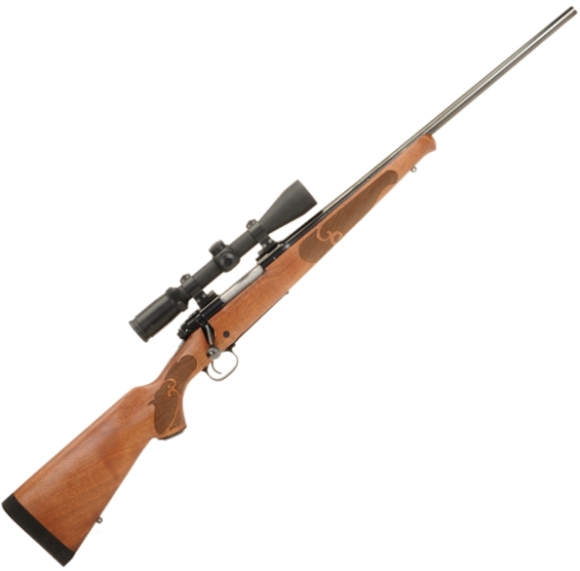