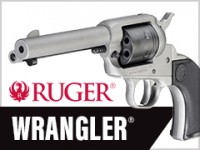 Savage has had an excellent lightweight in the form of the Model 110 Lightweight Storm, with a scant scale checked weight of 5 3/4 lbs. The Savage 110 Ultralite is a further, positive step in lightweight firearm evolution.

The 110 Ultralite adds the shooter accommodating Savage Accustock, a Proof Research carbon fiber wrapped stainless steel barrel and a factory blueprinted, Melonite finished, lightweight stainless steel receiver. Additionally, the receiver is drilled for larger 8-40 scope base fasteners and the barrel is threaded to accept a wide variety of muzzle devices.

The 110 Ultralite barre,l at 22″, is 2″ longer than the Lightweight Storm, which results in an increase in velocity. The Ultralite barrel shank is 1.040″ at the shank and 0.963″ at the muzzle, the Lightweight Storm is, respectively, 1.060″ and 0.580″. Because of the Ultralite barrel’s rigidity, barrel harmonics… vibration is dampened and motion of the barrel’s muzzle away from bore centerline is minimized. An imperceptible amount of movement at the muzzle caused by excessive harmonics could make the difference between a 1 MOA and 3 MOA firearm.

Carbon fiber wrapped barrels dissipate heat at a much higher rate than a traditional stainless barrel. The result is minimal shift in point of impact across a multiple of shots fired and reduced bore erosion that typically accompanies high velocity and high barrel temperatures.

The 110 Ultralite has a threaded muzzle end, which accommodates a large variety of muzzle devices. Within the context of this project, that would be a silencer. 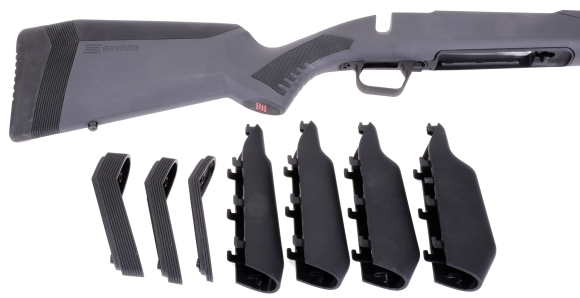 The Model 110 Ultralite is supplied with five comb risers, each incremented by 1/8″ in height. Length of pull spacers permit a 0″ – 1″ adjustment range in 1/4″ increments, 12.75″ to 13.75″ . Change is made by removing two recoil pad screws and recoil pad, which permits comb risers and length of pull spacers to be swapped. The pistol grip and forearm surfaces are over molded soft, even when cold and make a big differences holding on in winter or wet hunting conditions.

Polymer carries through to the trigger guard, magazine guide and magazine floor plate. The bolt release button is steel as are the magazine body, and inserts in the stock at fastener locations.The carbon fiber wrapped barrel floats in the barrel channel.

The Ultralite AccuFit stock does not have an internal chassis. The rear guard screw is self tapping. The forward guard screw has a machine thread and passes through a steel top hat bushing, as does the front magazine guide screw. The bushing spread the tension load, protecting the stock from compression damage and the bushing walls protect the stock from lateral compression damage.

Blueprinting is a term that has come to mean many things. Originally, it was a term applied to NHRA stock and super stock race car classifications. Engines are precision machined and assembled within the manufacture’s tolerance ranges to dimensions favoring higher performance. Where a combustion chamber volume specification was 62.0 cc to 68.0 cc, the heads would be surfaced and combustion chambers cut and valve seats finished to a uniform 62.0 cc for maximum. In the case of the Savage 110 Ultralite I interpret blueprinting as precision machined to dimensional specification, fit and finish. 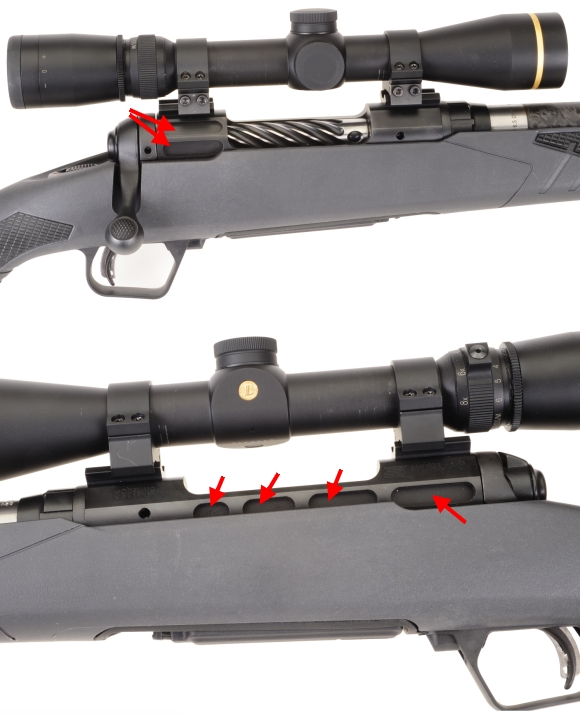 The lightweight theme carries over to the stainless steel action with lots of reliefs cut into the non-stressed portions of the action as seen above. 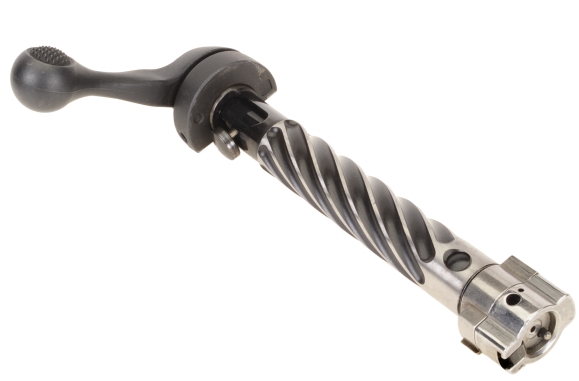 The spiral bolt fluting is a nice look, however, it also reduced weight and prevents bolt bind caused by gunk. The front lugs lock up into lug seats, the trailing lugs guide the bolt within the receiver for a very slick bolt travel.The action is push feed. The extractor is a sliding claw type and the ejector is a spring loaded plunger type. The bolt head floats to a minute degree to maintain bolt face perpendicularity to the rifle’s bore.

The rest of the hardware. Yes, that is my beat up old Leupold scope…

As I  don’t generally review optics, I am fully committed to an old Leupold VX3 for 100 yard work on any long guns that will accept it. This scope has been on everything from a 500 Jeffery and 460 Weatherby to air rifles, and hard kicking 45-70 lever guns. I sent it back to Leupold a few years ago for a free check up, but it was OK. So beat up, scratched, the scope works like a champ and deserves to be on a rifle. A plug for Leupold? Not at all. Don’t know those folks, no freebies from Leupold on Real Guns and Leupold is perhaps a bit snooty for my tastes.

The Savage AccuTrigger is a good one. Pull is shooter adjustable between 1.5 lbs and 4.0 lbs with the stock removed. There is no pretravel, no creep, just a crisp break with sear release and no perceptible overtravel. An AccuRelease blade protrudes from the face of the trigger. Its function is to block sear release in the event the firearm is dropped or jarred hard enough to move the trigger reward without a finger on the trigger. It takes approximately 6 oz of pressure to compress the AccuRelease before the trigger can be pulled. 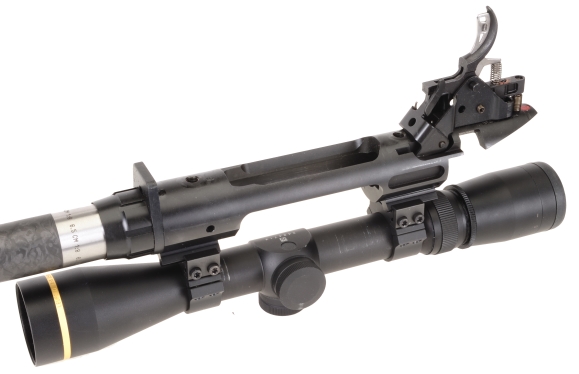 The Savage 110 action is tubular, which makes for uniform contact pressure. A recoil lug behind a short barrel nut inhibits lateral movement within the stock under recoil. The large flat lug also spreads the load over a larger area on the stock, preventing compression damage. The Ultralite utilizes the Savage barrel nut system and Proof Research makes a variety of prefit barrels in a variety of calibers, in both carbon fiber wrapped and traditional stainless, for this application. 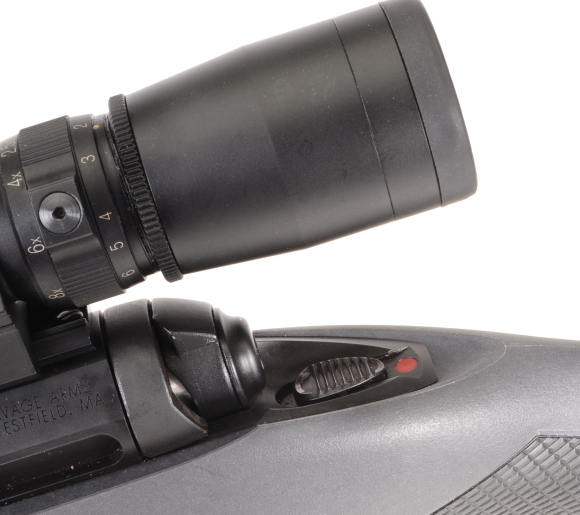 Savage manages to make a tidy three position safety that is positive in actuation and engagement. Full forward – Fire and bolt cycles normally. Middle – Safety engaged, but bolt can be cycled to empty cartridges from the rifle. Back – Safety engaged and bolt locked in battery position.

Scope mounting… a little self indulgence 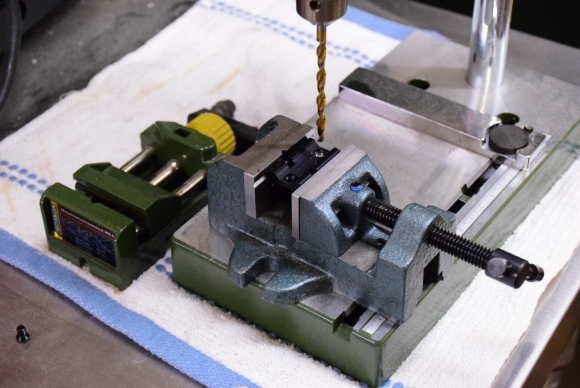 The Savage Ultralite receiver is drilled and tapped for 8-40 fasteners, a fastener standard becoming more prevalent each day. While I had never had a scope shoot off of its 6-48 fasteners, including from a frequently shot 416 Weatherby Mark V, the weight of large, modern, high magnification optics do tax smaller fasteners. No, not like members of Congress.

The additional weight of a relatively large scope will persistently want to stay where it is, inertia at rest, when a rifle is discharged. The rifle, not interested in the scope’s plight with a weight increase, will want to move gingerly rearward as it always had; inertia of motion. It is only the little fasteners that secure the scope bases, and subsequently a scope, to the rifle’s receiver top that maintain a perfect rifle/scope union… at least until the shooter’s shoulder is introduced into the equation and eventually brings all motion to rest once again.

Mounting a scope on the Savage 110 Ultralite is a trivial task with the correct parts. Fortunately, I had only pairs of 46M Weaver bases that CLAIMED to fit all Savage Model 110 with AccuTrigger, but really fit only earlier generations of the model BEFORE Savage adopted 8-40 base fasteners. I should have been suspicious, I suppose, when I found the sets on Amazon for $4.68 per set. Not only was I enjoying working with the Savage 110 Ultralite, now I had excuse to play with machines.

Using a little Proxxon drill and V notched machinist’s vice, the existing holes were drilled to 0.165″ and countersunk a tad for oval head 8-40 x 3/16″ fasteners. The clearance drill that comes with the Brownells scope mount 8-40 tap and die set is 0.170″, so the 0.165″ made for a closer fit. The results was very good and the larger project moved on without further delays. Made me smile.

Owning a firearm is one third of a proposition. A second third is being able to work on firearms, whether building one from action to completion or something as simple small parts modification. A final third is handloading, whether assembling favorite combinations for range or hunting or designing a wildcat cartridge. The Savage Ultralite needs only to be purchased and a scope mounted to be put to work, but I think it is good to put something of yourself into the equation.

The Savage Model 110 is not new by any means. The forerunner of Savage’s current lineup was designer Nicholas Brewer’s 1958 Model 110. Brewer’s objective was to create a firearm that would be low cost to manufacture, easily adapted to left and right hand operation and in short and long action versions. The original design met that criteria and went on to become very popular.

Production of both short and long action rifles began in 1962. The Model 110 action was not only produced by Savage in very large numbers, but it was also incorporated into German Anschutz-Savage sporting rifles and used by many gunsmiths as the basis for fine custom firearms. In 1966, Savage introduced the Model 110C, an evolution of the Model 110 design that changed to a recessed bolt face to enclose a cartridge’s case head.

Other than combination guns, some old time shotguns and the Model 99, I’ve not really been a fan of Savage firearms over the past twenty years. They always seemed to have an unfinished quality about them. A functional, but sometimes crude assembly of pieces that just didn’t fit well together.Things appear to be changing for Savage with its current organization and entity.

I like the straight pull product. It is innovative and nicely executed. The Model 110 Ultralite appears to be more of the same. I like the fit of the Proof Research barrel and the AccuFit stock’s barrel channel. The action is slick, the finish is blemish free and the adjustable comb did wonders getting my eye in alignment with the scope. With a substantial amount of ammunition on hand, a stack of targets and some bench test equipment, I am looking forward to Part II and live fire assessment.

It looks as though Savage Arms, out from under the Vista Outdoor corporate umbrella, has a bright future with innovation and market expansion as the new company’s objectives. Savage CEO Al Kasper, who has been with Savage since 1996, would seem to have the best perspective on the company’s potential. I would guess that Savage…

Savage 110 Hog Hunter Part 2 Yes, this really is work, but thank you for asking

I’m thinking there must have been a time when weekends meant road trips and sight seeing or maybe even a little relaxing, but the memories are too distant to form clearly in my recollections. Those days must have existed in a very narrow window of family life between too young and too broke to go…

Savage 110 Hog Hunter Part 1 It's not just a hog hunter, it's a savage hog hunter!

Chipmunks – Micro or Macro aggressors? My wife loves to watch the chipmunk families that live under the shop and along the property boundary stone fences. They scamper with their tails up like antennas, they pause and sit on their haunches to test the wind like a community of meerkats, but they are generally skittish…

My wife tells me she has always seen in me a great deal of potential. Subsequently, she works diligently to utilize as much of it as possible. Where a casual observer might see an out of shape old guy, stretched out on the couch and watching “Street Outlaws – No Prep”, my wife sees a…