I find myself at a crossroads in life. On one hand, I really want to build a’65 Falcon with a 460 CI Boss Block Ford and race on Street Outlaws. On the other hand, I want to make a sandwich, but the kitchen is so far from the sofa. Living in a state of cognitive dissonance is a great segue into the bliss of procrastination. Why the picture of the engine? It is so pretty it makes me weep. Just give me a moment… 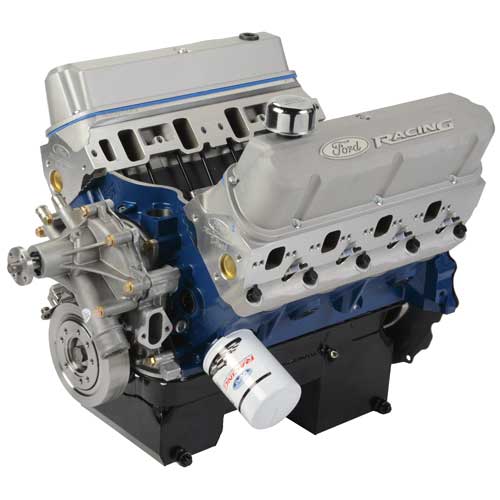 Following Part I, I did not decide to participate in 1,000 yard, or meter, shooting competition and become a world famous marksman. See “…but the kitchen so far from the sofa”. However, I did spend more time with the Ruger Precision Rifle and the 338 Lapua Magnum and found it was a great piece of hardware for handload development.

The rifle has such repeatable precision, changing handload recipes in even small increments manifests itself in measurable group size and group shapes differences, as well as in changes to chronographed velocity. In most production sporters, the results of a couple of tenths in charge weights is often lost to a subject rifle’s typical group inconsistencies. So the performance of the Ruger Precision Rifle made the handloading component of the product rewarding and, yes, enlightening.

There are bullet designs specifically intended for magnum cartridges and high muzzle velocity that will perform close in, as well as at a distance. These are bullets with ELD, VLD profiles, very high ballistic coefficients, but with an ability to survive impact as close in at 100 yards without fragmenting and still reliably expand at 800 yards.

Joe, is the previous true? Empirical data tells me that between 50 and 200 yards this is very true, at least with and Berger VLD Hunting and Hornady ELD-X component bullets. Beyond those distances, I’ve collected no first hand data on bullets recovered from game or ballistic gel. However, I do trust the good reputation of both companies and significant, supporting prior experience with their products.

In any event, my interest is in the 338 Lapua Magnum and shooting distances between 50 and 300 yards, with those above 100 yards the exception. Subsequently, the bullet selection is limited to hunting bullets I have used, over those distances, successfully with the 338 RUM and 338-378 Weatherby, both cartridges analogous to the 338 Lapua. 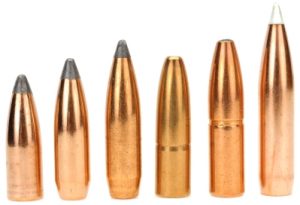 The Speer bullets are for medium to large thin skinned game. The Sierra is for large game, as is the Nosler. Both the Woodleigh and Swift are partitioned core bullets with very tough jackets and do well with heavily boned, heavily muscled game. Within the group, only the Nosler is slick enough for protracted shooting distances the Ruger is capable of reaching, with the sierra coming close. 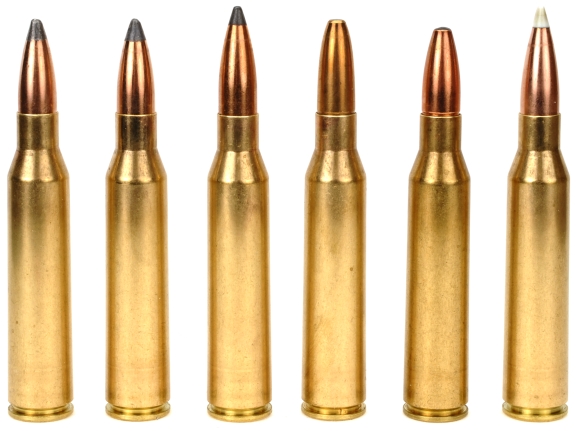 Group size is not a statistical composite. Twenty rounds were fired through the Ruger and then single, 3 shot groups of each bullet type were shot. Six round, two bullet types and then moderate cool down… No mirage in front of the scope. Why no multiple group average? Every shot counts, including the first and most table showing a min-max group size out of five do not capture a rifle’s mechanical precision.

Changes in group size could be indicative of ammunition inconsistency, changes on barrel and ambient temperature and, certainly, less than perfect people who squeeze off the shots. Could the group appearing on the table tighten? Sure, especially if I became more proficient with the rifle/cartridge combination and I continued working to refine my handloads. Will any of that happen? No. I achieved my objective so, for now, I am done.

Handloads, over a greater distance

Essentially a 300 yard, point blank rifle with enough velocity and retained energy for anything encountered within 300 yards. The Ruger Precision Rifle and 338 Lapua are quite a combination for a serious competitor or a longer range hunter where the weight and size would be manageable. While I don’t have casual access to a range that supports extreme distance shooting. I believe I could get a good deal of use out of a 6mm Creedmoor or 308 Winchester version of the Precision Rifle and either would make for many good days at the range.

09/27/2020 At McDonald’s, suggestive selling is, “Would you like fries with that quarter pounder?”. Another form of suggestive selling is pulling up at a customer’s house with a flatbed trailer to drop off a new snow blower, that is sharing space with a bright red, brand new,  Massey Ferguson sub compact tractor… bucket loader and…

8/31/2020 Ah yes, the cold is coming; mind numbing, soul sucking, frigid air, and butt deep snow. Yes, I do realize I moved to Maine voluntarily, but that was to flee California socialism, an intrusive government, and associated loss of personal freedom. Which, ironically, is about what Maine has gradually drifted into over the past…

Warning: Bullet selections are specific, and loads are not valid with substitutions of different bullets of the same weight. Variations in bullet length will alter net case capacity, pressure and velocity. Primer selection is specific and primer types are not interchangeable. These are maximum loads in my firearms and may be excessive in others. All…

12/23/2019 Do you mind if I hide out here for awhile? My wife is on a Hallmark Movie kick and I’m pre-diabetic. On the plus side, Hallmark is one of those places where characters still celebrate and extol the virtues of good friends and family, where problems are small and everyone has a positive attitude……